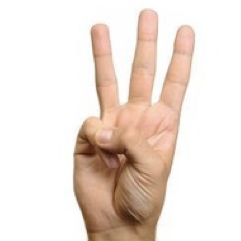 The success of your testing program is in part due to your test ideas. And it’s not always easy to come up with new ideas.

Some companies seek a better understanding of their customer journey, which results in a grand UX overhaul. But when the optimization dust has settled, it can be hard to zero in on the elements that will continue to move the needle.

Copy tests often focus on headlines, subheads, and CTA buttons, but that leaves a lot of opportunities for content optimization. Get a leg up on the competition with these often-overlooked areas to test messaging:

It’s hard to overestimate the importance of compelling social proof. When your visitors see that others—ideally, others like them or those in positions of authority—have had good experiences with your product, it can help them take the next step.

A traditional A/B test may be two landing page versions: one with testimonials, one without. But if you’ve already found that testimonials are working, you can go deeper.

Consider testing the content of your testimonials. Make a list of your customers’ pain points, zero in on two or three, and test them against each other.

But it may be that members are drawn to their ultra-low $10/month membership fee. A different testimonial may illustrate a before-and-after story of paying top dollar at the sports club for amenities you don’t use and then—Eureka!—finding a gym that’s just as good for a fraction of the price.

In two in-depth posts by Joanna Wiebe at Copyhackers, she deconstructs how they dramatically increased paid conversions on a landing page. An important part of the strategy was including a testimonial that follows the problem-agitate-solve (PAS) copywriting formula.

You may also choose to test:

Tools like Optimizely allow you to A/B test mobile apps, but what if you want to focus on the step before that? App store optimization (ASO) is something we’ve talked about before, and it deserves further exploration.

Google Play and Apple’s App Store display all sorts of elements for apps:

Google Play allows developers to run split tests on their store listing, but there currently is no such function for the App Store. Tools like SplitMetrics and StoreMaven allow app owners to test content in the stores of both platforms.

In a Smashing Magazine article, a marketing strategist for SplitMetrics shares some of their findings from A/B tests with apps. Among their insights:

Many ecommerce sites offer multiple ways to flag and save items, including:

Etsy, for example, gives visitors ample options to save and share items, from adding to a personal list to sharing on Tumblr. But what happens after the item is “saved”? If current cart abandonment rates are any indication, it’s likely that users save the items and promptly forget about them.

Reminders are sometimes sent via email, which can help close the gap between items saved and actual conversions, but there’s more that can be done.

Online retailers have a prime opportunity to create site copy aimed at reminding shoppers of their saved items—and eventually test those messages for effectiveness.

After shoppers add an item to their favorites on Neiman Marcus’ site, they’re later prompted to sign in and “reunite with [their] favorites.”

This message could be tested against one that takes a different approach, such as:

If you’re dealing with abandoned shopping carts in your native app, consider creating—and testing, of course—push notifications. Tread lightly here, though, as too many notifications will frustrate users.

Do you have experience testing any of these ideas? What commonly overlooked copy tests have you run? Leave your thoughts in the comments below.

How to Use Behavioral Economics to Optimize Your E-commerce Website