Brooks Bell started her firm in the early 2000s to help bring a data-driven mindset to digital marketing departments. In 2019, following her diagnosis with stage III colon cancer, she stepped into the role of Executive Chairman, where she continues to inform the strategic direction of the company. Brooks dedicates the rest of her time to educating the public about young-onset colon cancer and elevating the conversation about colonoscopies. 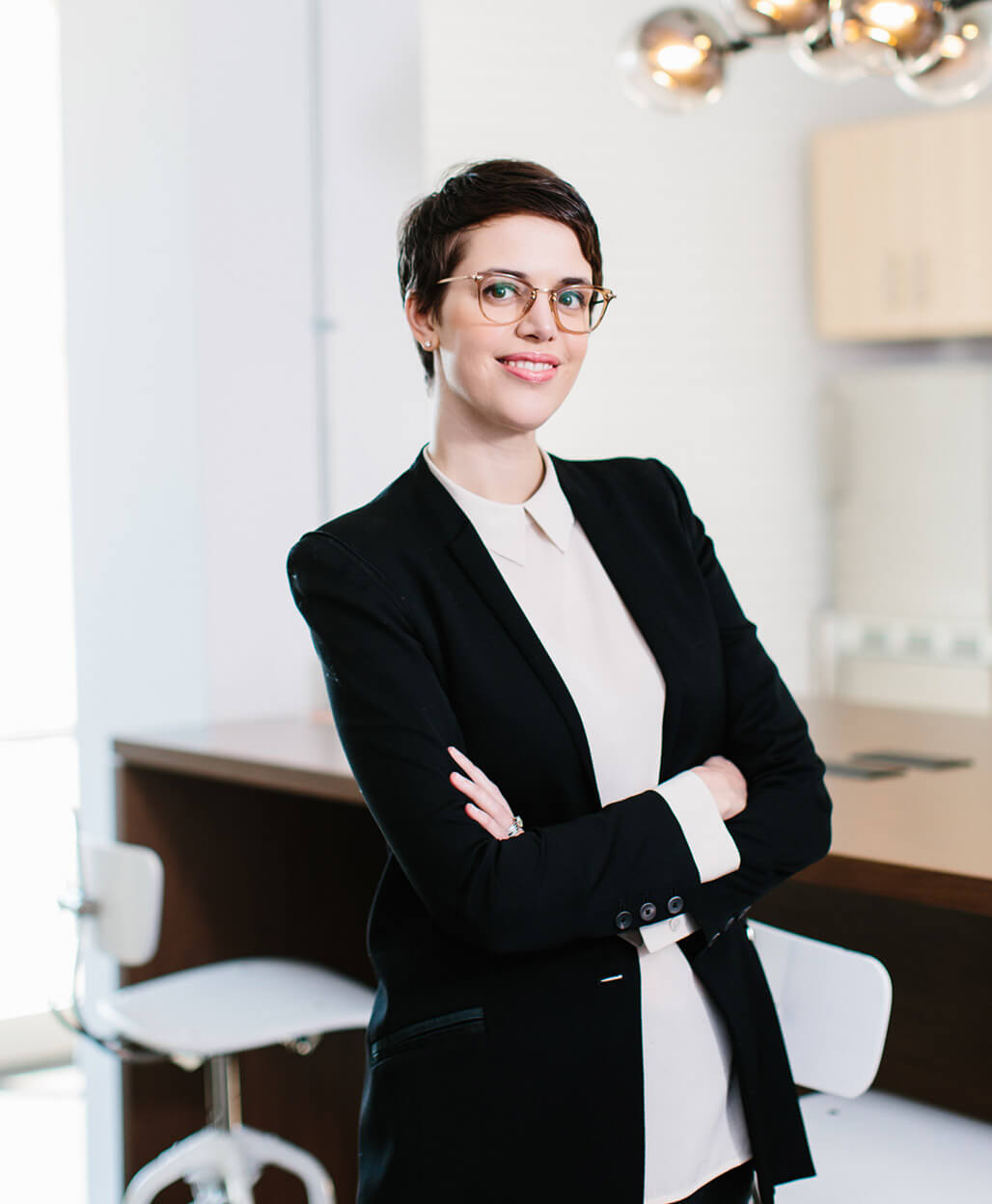 Brooks Bell is an established leader in the emerging industry of conversion optimization. She started her firm, Brooks Bell, in the early 2000s to help bring a data-driven mindset to digital marketing departments, and quickly became the leading organization in the industry. Today, her goal is still the same: to help companies discover the people behind the data using advanced analytics, optimization and personalization strategies. The Brooks Bell team has generated more than $500 million dollars in value for industry leaders in retail, financial services, media, and technology.

A recognized thought leader in analytics and entrepreneurship, Brooks has been featured in publications including Inc. Magazine, Forbes, Washington Post, and Techonomy. Most recently, Brooks spoke at the 2016 Democratic National Convention and has moderated events for Bill Clinton, venture capitalist Chris Sacca, and Chelsea Clinton.

Brooks co-founded HQ Raleigh and ThinkHouse Raleigh—two communities that help empower, foster, and cultivate companies that produce long-term job growth and positive social impact. She is dedicated to social issues and serves on the board of WalkFree.org, the largest movement in the world dedicated to ending modern slavery. She has also served as the president of the Entrepreneurs Organization, and as a board member of the Digital Analytics Association and the Raleigh Chamber of Commerce.

A native of Alaska, Brooks earned her B.A. from Duke University in 2001.

Board of Trustees, St. Mary’s School

Board of Directors, Digital Analytics Association
2014–2016

Board of Directors, Raleigh Chamber of Commerce
2013–2016

Medium
A cold call saved my life. A colonoscopy could save yours.

Inc. Magazine
“How to Love Your Own Company”

Finalist for Ernst & Young Entrepreneur of the Year, Southeast, 2018

Check out Brooks' Most Recent Posts

See all Resources from Brooks

Uncover the “Why” In Your Experiment Results

See all Resources from Brooks